Miss Mildred Dibden was born in 1905 into a large Edwardian family, but due to a family disaster, was brought up by a family friend.

She came to a personal faith in God in her early twenties. Despite her artistic talent and desire to be an art teacher, Miss Dibden laid aside those ambitions instead for a life dedicated to serving God to help the poor and destitute. She decided to apply to the Bible Churchmen’s Missionary Society and spent two years in missionary training.

In 1931, the Bible Churchmen’s Missionary Society sent her to Hong Kong where she contracted severe malaria and was obliged to return home. She almost didn’t survive. The disease affected her throughout the rest of her life.

Although her first time in Hong Kong ended prematurely, Mildred Dibden went home bothered by the plight of hundreds of babies abandoned through poverty and superstition. She knew then that her real mission in life was to return to Hong Kong to care for those abandoned babies. 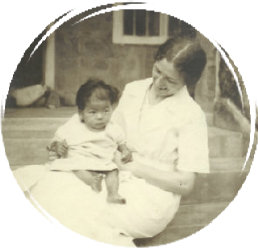 Through the encouragement and initial financial support of Dr. and Mrs. Clift, who operated a medical mission in Kowloon, Miss Dibden returned to Hong Kong. In 1936, she started her first home for abandoned babies. Various residences served as housing for her growing flock of babies from Nathan Road to Cheung Chau.

On November 11, 1936, she established Fanling Babies’ Home.  Miss Dibden had no organization behind her and no fixed income. Supported by donations from people in Hong Kong and abroad, she relied on “the goodness of God and the kindness of men.”

During WWII when Japan occupied Hong Kong for four years, Mildred Dibden and her staff suffered violence, starvation, dysentery and recurrent malaria. But they refused to abandon the babies. 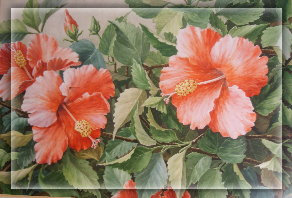 Eventually, for a number of reasons, Miss Dibden resigned from Fanling Babies Home. In 1952, she started a new orphanage, Shatin Babies Home. This orphanage was run on the same principles with the emphasis on family. To the children, she was “Mama.”

In 1966, Miss Dibden brought her work in Hong Kong to an end. After some 50 children were adopted into Christian families abroad, Mildred Dibden then returned to England with the remaining charges.

In 1987, Miss Mildred Dibden passed away. Although Miss Dibden is gone, she is not forgotten as her compassionate and dedicated work has touched so many.