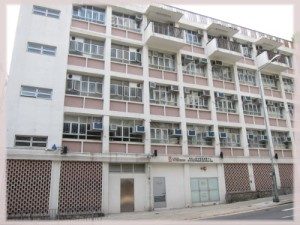 The Chuk Yuen Reception Centre (竹園兒童院 ) was a shelter for children operated by the Social Welfare Department of Hong Kong.

The U.S. Government provided the money to build the center. It opened June 25, 1964. When it closed July 15, 2003, the reason given was its lack of cost-effectiveness. But reports also indicate that unsatisfactory conditions may have also contributed. Cases were then referred to Po Leung Kuk.

In the beginning, the Centre existed primarily to care for the large number of abandoned babies and homeless children, mostly girls. It was the first child center operated by the Hong Kong Government. Until its opening in 1964, charitable organizations tried to meet child social services.

By the late 1960’s very few babies were being found. Its mission changed to respond to new reasons why parents could not care for their child such as, a parent in jail, illness of a parent, or a child with special physical or mental needs. 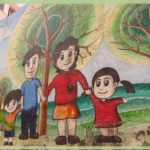 Chuk Yuen Reception Centre housed over two thousand children during its existence.  Occupancy was typically 50 children at a time. Children were supposed to be under the age of 8, but exceptions frequently occurred.

The police or Family Services of the Social Welfare Department brought the babies and children to the Centre for care.

The Centre acted like a clearing house responsible for assessing the needs of the child. That involved investigating the circumstances that brought a child to the Centre and referring a child to another care facility when occupancy was full at the Chuk Yuen Reception Centre. Some of the children were adopted. 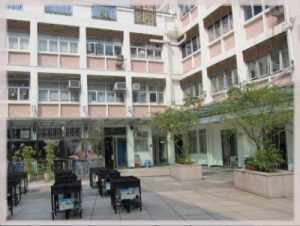 The center tried to provide a home-like environment. But with so many children at a time, it’s more likely it resembled a day-care centre except that the children did not go home at night. We assume individual attention was limited. The children were kept on a regular schedule of eating, playing and sleeping.

Unfortunately, we do not have very good photos of the original building but this is what stands there now. From the old photos we do have, the original facility looks fairly similar. We think the site of the original building now serves as the Tsz Wan Shan Integrated Family Service Centre. It’s still operated by the Social Welfare Department. The address is 1 Lung Fung Street, Wong Tai Sin, Kowloon.

Financial support for the Home came from the Hong Kong Government.

Contact info@fanlingbabies.com to reach former residents of the orphanage. Remember to tell us the orphanage(s) and year(s) you were there, if adopted the date, and we’ll connect you to others like yourself.

Other links: End of Era